Stopped by Eugenia Falls today, having heard a rumour that they were shutting the power plant for a week, and all the water flow would be going over the falls - usually a fairly small trickle of its former self. And they were right! It's flowing with more water than I've ever seen. 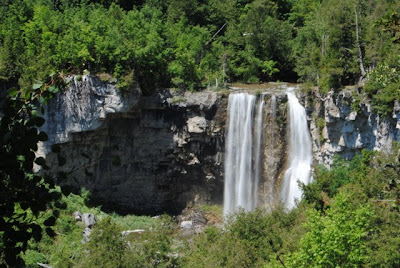 Eugenia Falls is on the Beaver River, in the village of Eugenia, where the famous Eugenia Gold Rush occurred in the last century. In the early 20th Century most of the water was diverted through pipes to a power plant on the edge of the escarpment several miles north. Two dams back up the water to form Lake Eugenia, and normally only a small amount flows over the original falls. But today is was almost like the spring flood. 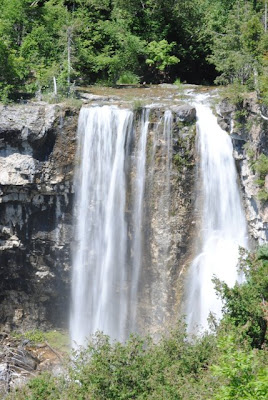 The falls has carved a deep but short valley known as Cuckoo Valley, westward into the Beaver Valley itself. This is the view west - note the river, a light spot on the bottom left of the picture. 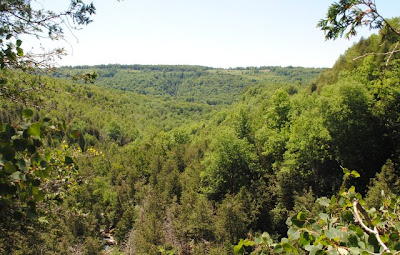