The first one below is a Northern Crescent, and there have been lots of them around. It's a small butterfly, little more than an inch across, and they were fluttering by the dozen along the edge of a field recently. 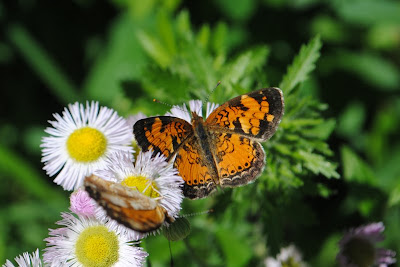 The second I've only seen briefly, and managed one picture; it's a Northern Pearly Eye, recognizable by the unique pattern of dots on the underside of its wings. 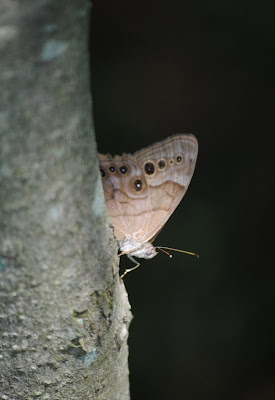 The third one is much more common; three or four have beenfluttering around the yard for a more than a week now. It looks like a black butterfly until you get a close look, and then the pattern of dots on the underside of its wings identifies it as a Common Wood-Nymph.> 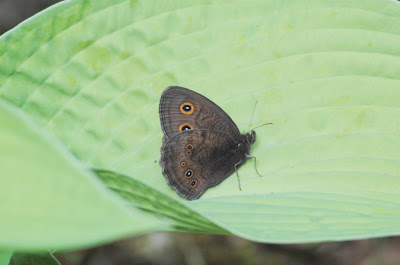 
The last is a poor picture, taken on a slant, but it still shows up enough of the pattern to recognize it as a Common Buckeye. 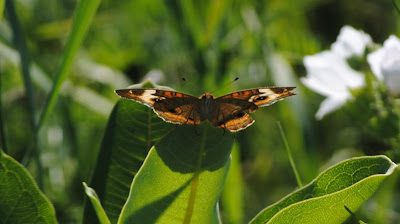 Besides the Photo Field Guide mentioned below, I also made good use of Tim Kings's collection of pictures 'butterflies-of-southern-ontario' on his blog 'littlebrownjobbies' - though he has far more, and far better pictures than do I!
Posted by The Furry Gnome at 7:53 AM