The Tamarck are Gold

One of the small highlights of fall is when the tamarack needles turn golden. They stand out like a beacon down in the swamps, and I've planted a small cluster of them just to enjoy two weeks of their gold colour at this time of year. 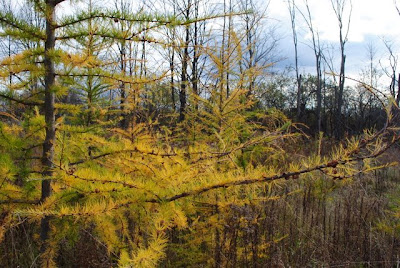 Tamarack are the only native evergreen which loses its needles every year (not counting those pines that I noticed several weeks ago, that lose their needles after 16 months, when next year's needles are already grown). Tamarack needles occur in large but tiny bunches - only an inch and a bit long, but in bunches of up to 20 needles, and they have tiny little cones, only about 1/2 an inch long. 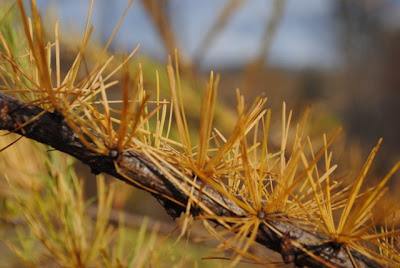 Every year I watch for the time, at the end of October and into November, when the needles turn gold. It marks a time of year when a lot else changes too, as the sunny warm days are just about over, and we have the preparations for winter well in hand. 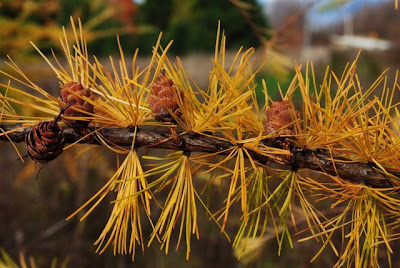