We’ve travelled to and around by plane, train, boat, and rental car.  It’s a great place to visit, with more interesting things to see than you can ever fit into even a long trip.  In my mind, the Highlands and Islands (especially the islands!), are the real , but I’ll admit there are some interesting things to see elsewhere, including in the cities.  So here are a few suggestions for anyone thinking of travelling to – other comments welcome.

Getting there – I’ll just recommend trying to get a direct flight to either Glasgow or Edinburgh, rather than having to deal with transferring at Heathrow!  We’ve also driven north out of , and once took a train from . 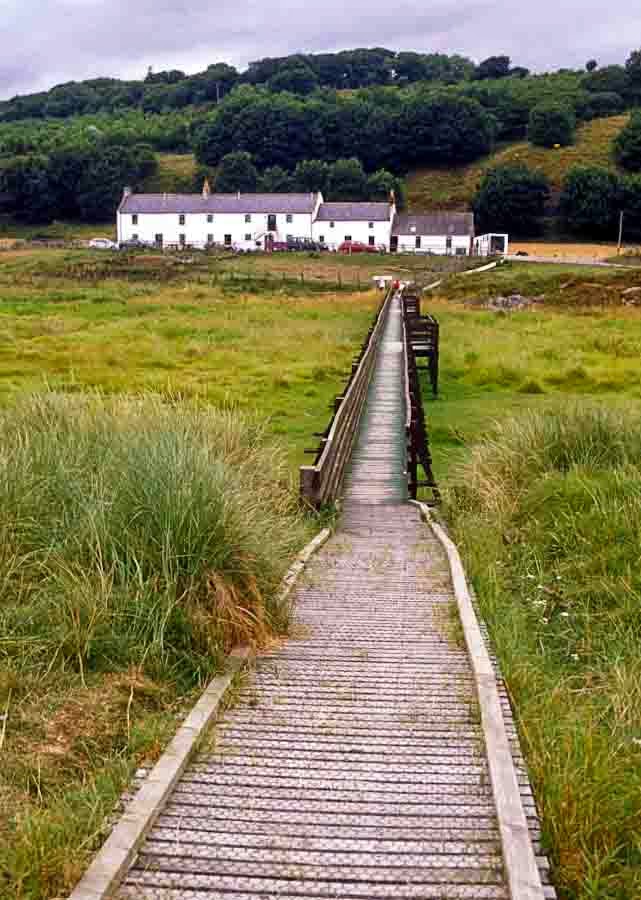 Staying there – our accommodation has almost entirely been in Bed and Breakfasts, and we reserve them online in advance.  There are lots of other options in urban centres, but for distant locations, they may be the only option.  This fisherman's bothy with a boardwalk out to the beach was one B&B we stayed in.

Getting around – driving in Scotland is easy, and it’s nearly impossible to see the Highlands or Islands without driving, though there are some interesting pre-packaged tours, day-trips or longer (but they tend to have set agendas).  As long as you are comfortable driving on the ‘wrong side of the road’, we’ve had no problems outside of the cities.  But we drove into once, and that was enough.  After that we stayed in Linlithgow, to the west, and took the train into downtown.  Remarkably convenient (and unlike here, they tend to have trains frequently rather than once a day!).  I recommend doing that rather than trying to drive in Edinburgh, but using taxis is the other option.

Check out the one-lane road on the Ilse of Mull, below. 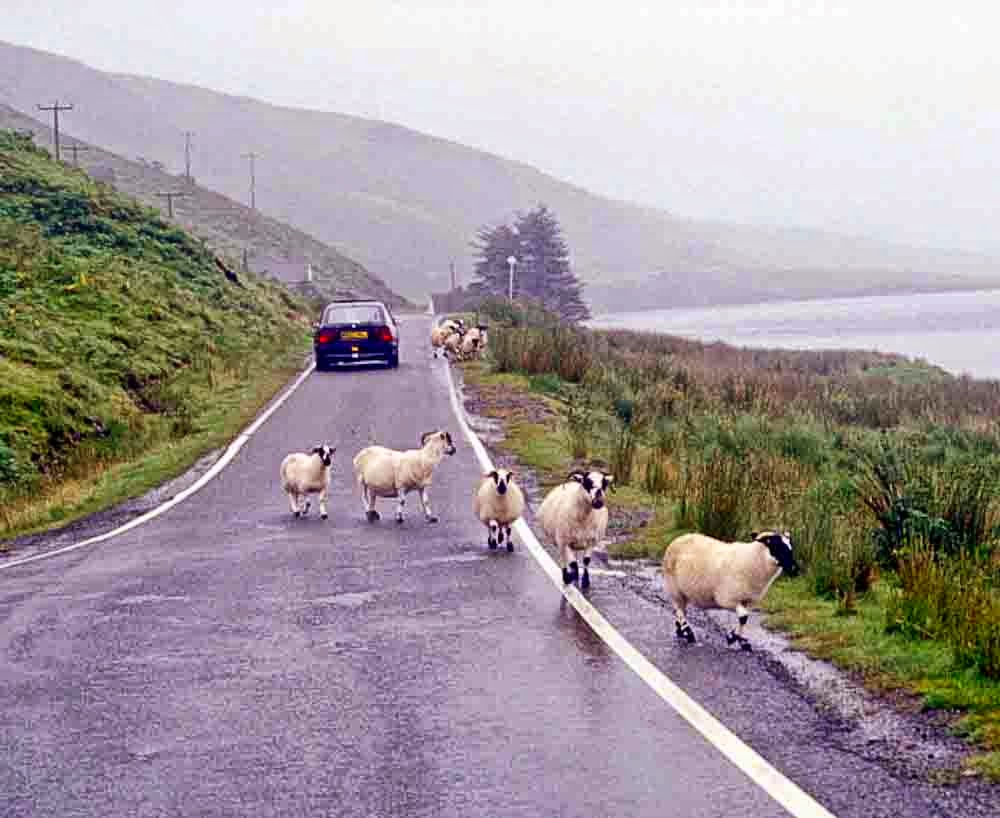 Scottish history - I’d strongly advise reading some Scottish history before you go, to get at least some sense of the rich pageantry of ’s past.  The story of St. Columba coming to Iona in 563 to spread Christianity, of the Vikings destroying the coastal settlements in the centuries before 1000 A.D., of the Wars of Independence ending in the Battle of Bannockburn in 1314 (William Wallace and Robert the Bruce are the two greatest Scottish heroes), of the long line of Stewart kings and their castles, battles and treachery, the tragic story of Mary Queen of Scots, all the fascinating stories of Scotland’s history can keep you going for years! 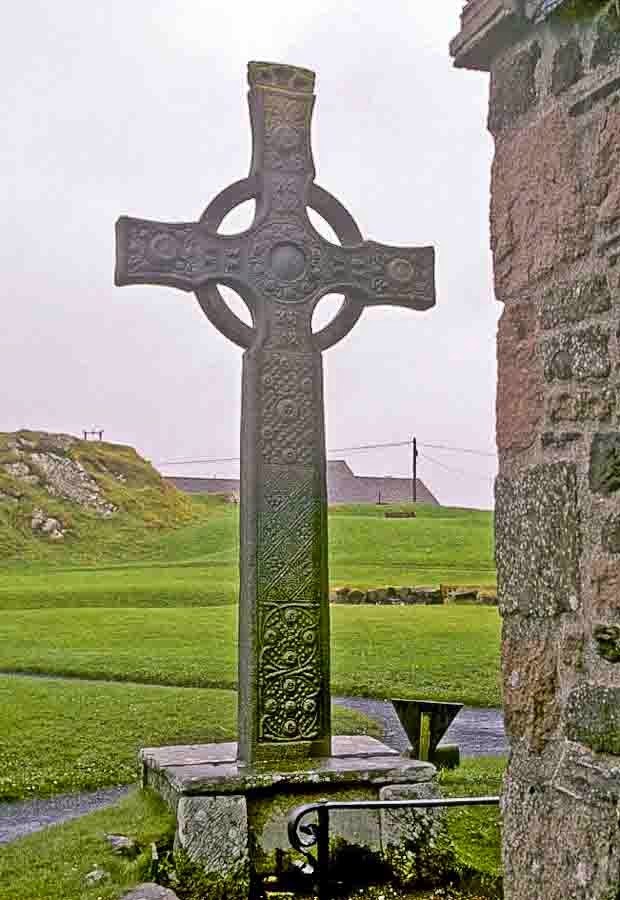 This is one of 3 beautiful carved stone crosses still standing on Iona, probably 1000 years old.

After James VI of inherited the throne of (Elizabeth I having never married and left heirs), the monarchies were united.  Today’s Queen of England actually traces her royal lineage through the Scottish monarchy, not the English.  But won the race to dominate, and Celtic clans in the (the ‘Jacobites’) were steadily destroyed.  It started with the Glencoe Massacre and ended with the Battle of Culloden, near Inverness, where ‘Butcher Cumberland’, the English General, defeated Bonnie Prince Charlie, and then trampled the remaining clans into the dirt of the .

Below, the Palace at Linlithgow, where Mary Queen of Scots was born. 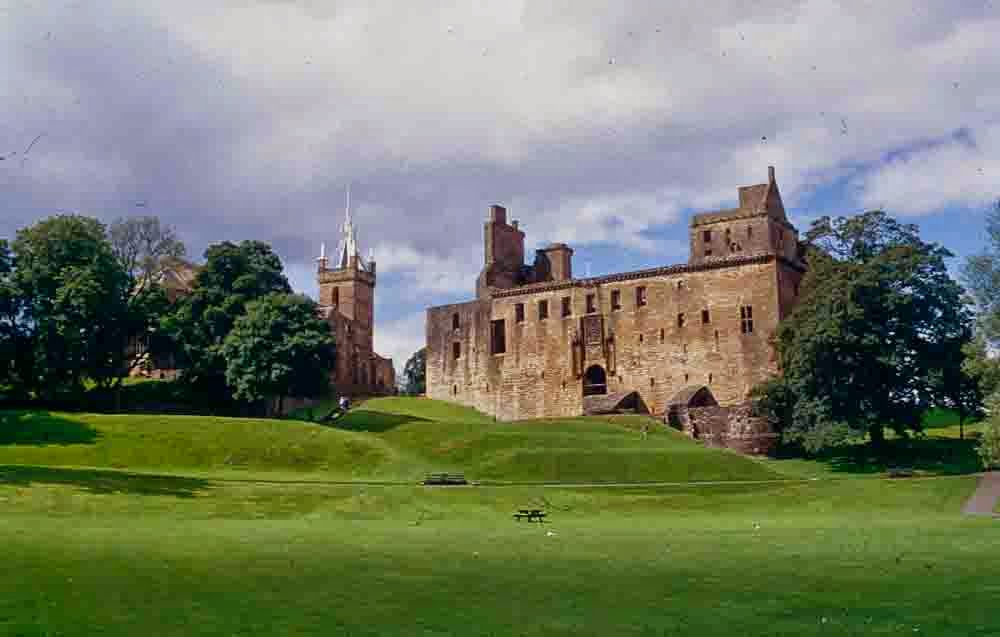 What was left of the clans were further decimated by the ‘Clearances’, the forced removal of clan members from their homes in favour of sheep farming.  That forced removal fed the stream of emigrants who became pioneers in , the , and .  The and are now just a shadow of what they were socially 300 and more years ago, but they’re still one of the most spectacular places in the world to visit in my humble mind. 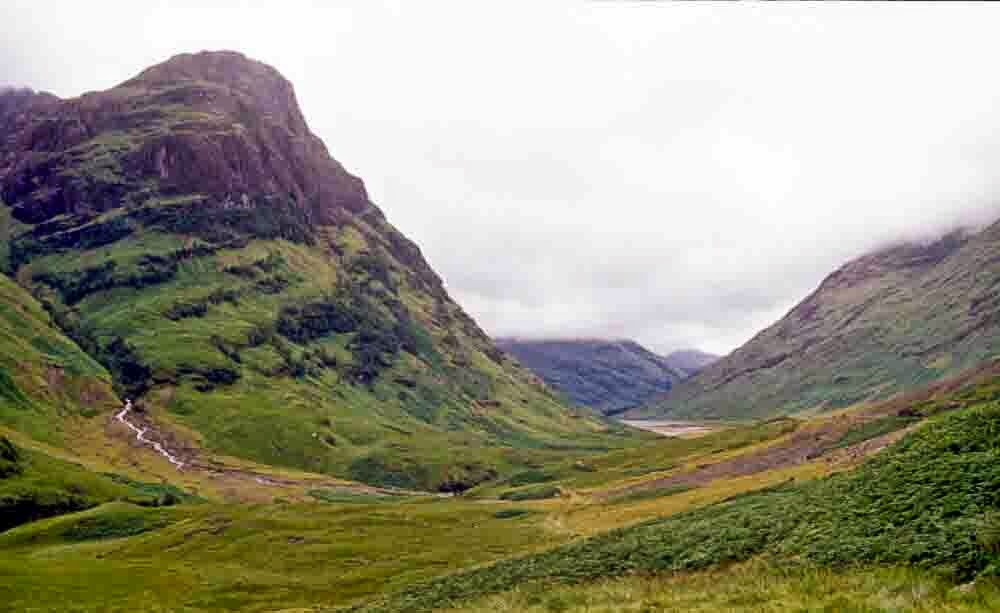 Glencoe, site of the Glencoe Massacre 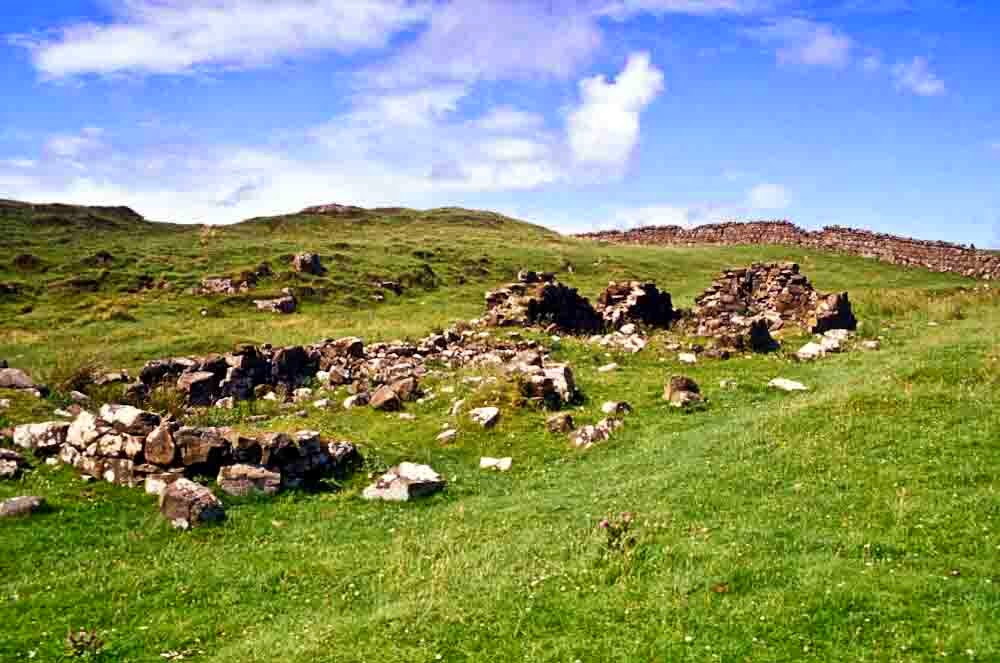 Just stones of the old walls remain to mark the homes of clan members 'cleared' to make way for sheep.

Why bother with this history?  Because the landscape you see as a tourist is so much more meaningful once you understand the layers of history that it represents.  Reading a little of this fascinating history will make your visit to SO much more interesting, so I highly recommend it. 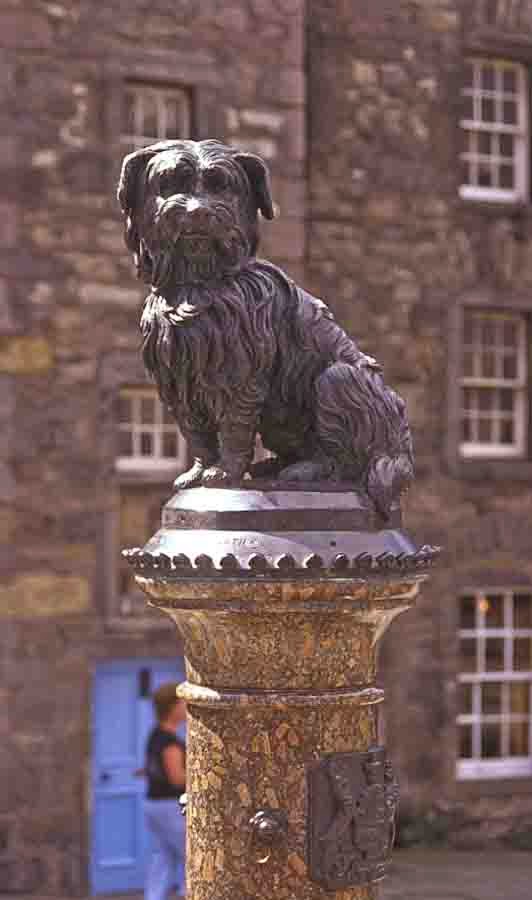 What to see – If you’re only staying a few days, I’d pick Edinburgh over Glasgow, and spend at least a day exploring the famous high street, from the Parliament to the Castle.  A second day I’d spend visiting the Royal Botanical Gardens, and climbing Arthur’s Seat (or if you’re not up to that, at least the Salisbury Crags).

If you're in Edinburgh, check out the memorial to Greyfriar's Bobby!

Other days could easily be spent visiting the coast to the east as far as Tantallon Castle, St. Andrew’s to the north with its incredible history, or Linlithgow and Stirling to the west, with their royal medieval castles to explore.

Below is Tantalon Castle, home of the famous Douglases, with its enormous stone curtain wall facing land.  Beyond, protecting it on the other three sides, is the North Sea. 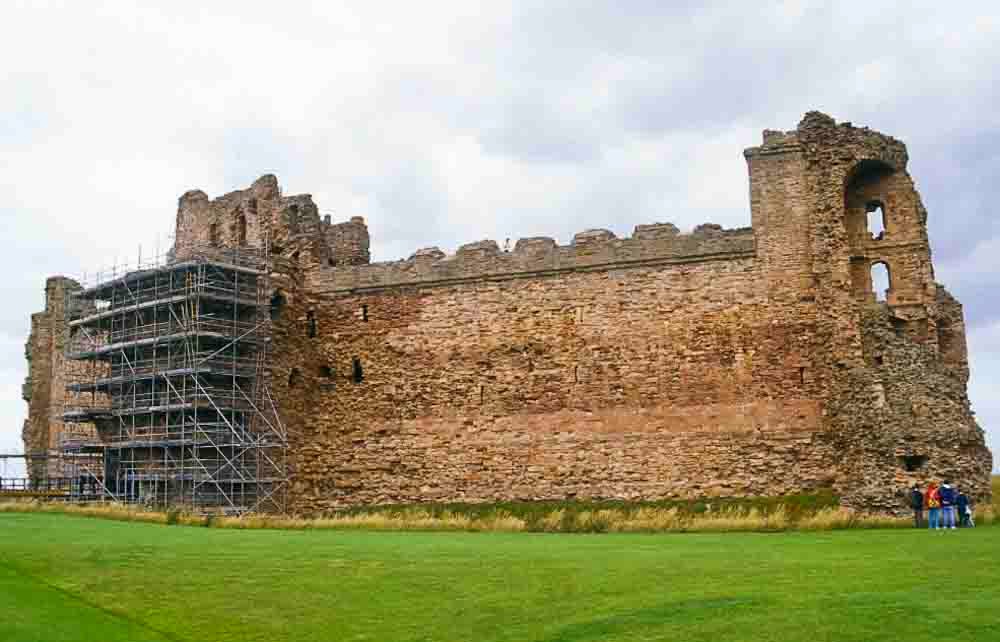 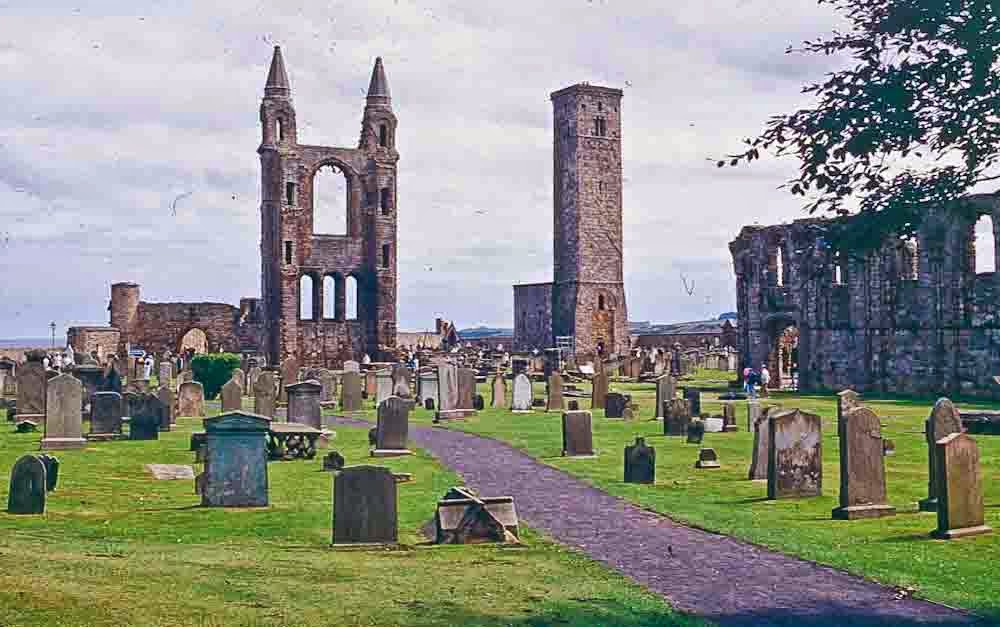 The ruins of St. Andrews Cathedral, destroyed in the Reformation.  Much of the cemetery was originally part of the cathedral; just the twin spires and the wall on the right survive.  The square St. Rule's Tower predates it, in existence about 1000 years ago, built to house the relics of St. Andrew, brought here by St. Rule. 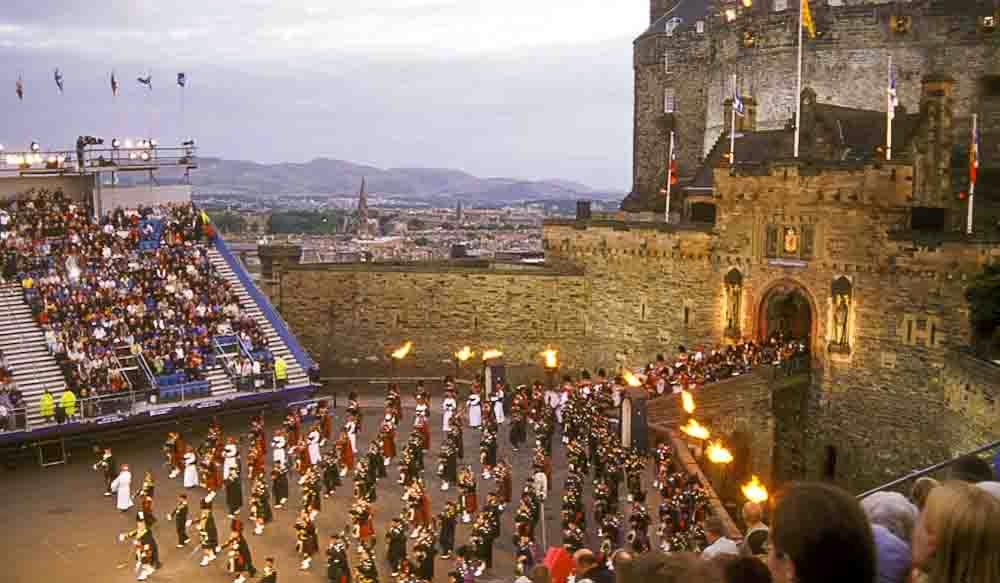 Remember, if you’re going in August, the  Festival is on.   Accommodation is booked up a year in advance, and tickets for the famous tattoo may sell out a year in advance.  So plan ahead.  This is part of the famous Edinburgh Tattoo, held at the castle in August - tickets bought a year ahead!  Mind you, the 'Fringe Festival' in the street is free and fascinating!


If you're like many other tourists, you may be in Scotland to golf or drink whiskey!  St. Andrew's is the ultimate golf destination (book well in advance!), and there are whiskey tours in the Highlands and on Islay in the Inner Hebrides.

But my favourite places to visit are in the Highlands or on the .  If you can afford 2 or 3 weeks, driving, you can do a circle around the Highlands, and squeeze in a quick visit to a couple of islands like Iona or Skye. (If you only see one island, I would recommend Skye – it’s bridge of course threatens its status as an ‘island’, at least for the islanders!). 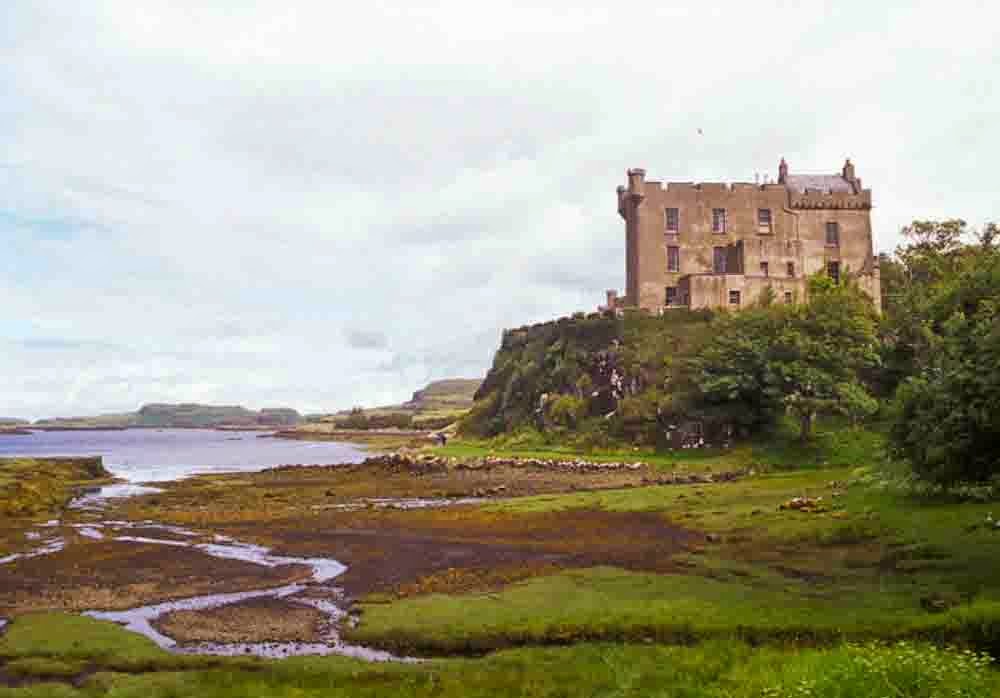 Or you could just follow the west coast from Loch Lomond north of Glasgow all the way to the north, taking in the same islands, as well as the historic  , Glencoe and
You can return quickly via the main highway from .

The possibilities are endless.  On our next trip we hope to follow the west coast north, then take the ferry to the  and drive all the way back south! down the outer islands.

Finally, if you can really spare the time, try to get to Orkney!  The neolithic stone circles, the Maeshowe burial mound, and the Skara Brae village site - all clustered around the Ness of Brodgar - are one of the most amazing historic sites in the world.  Older than the pyramids in Egypt! 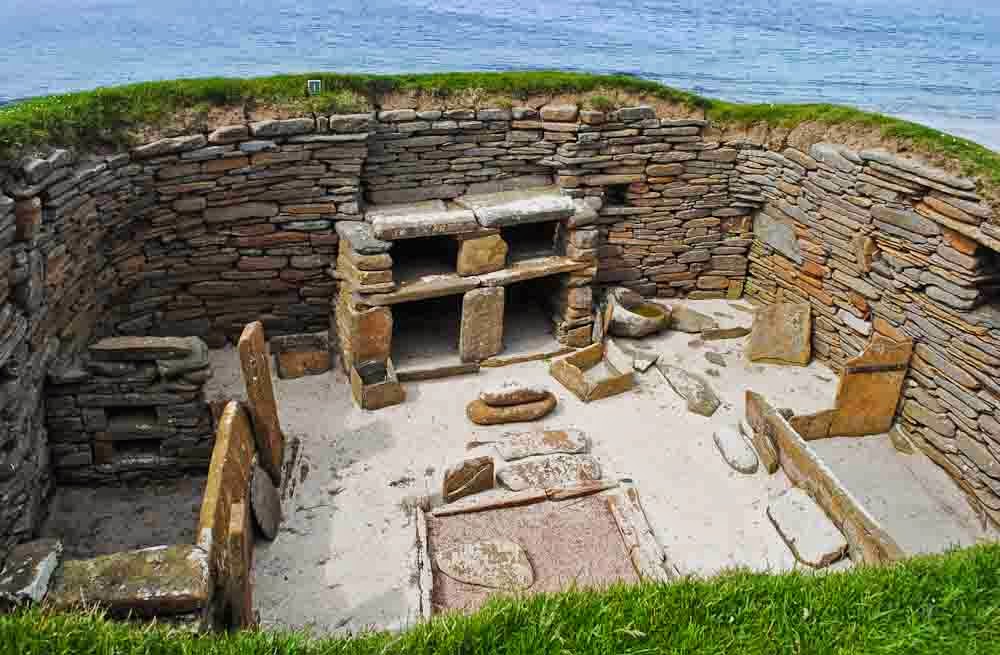